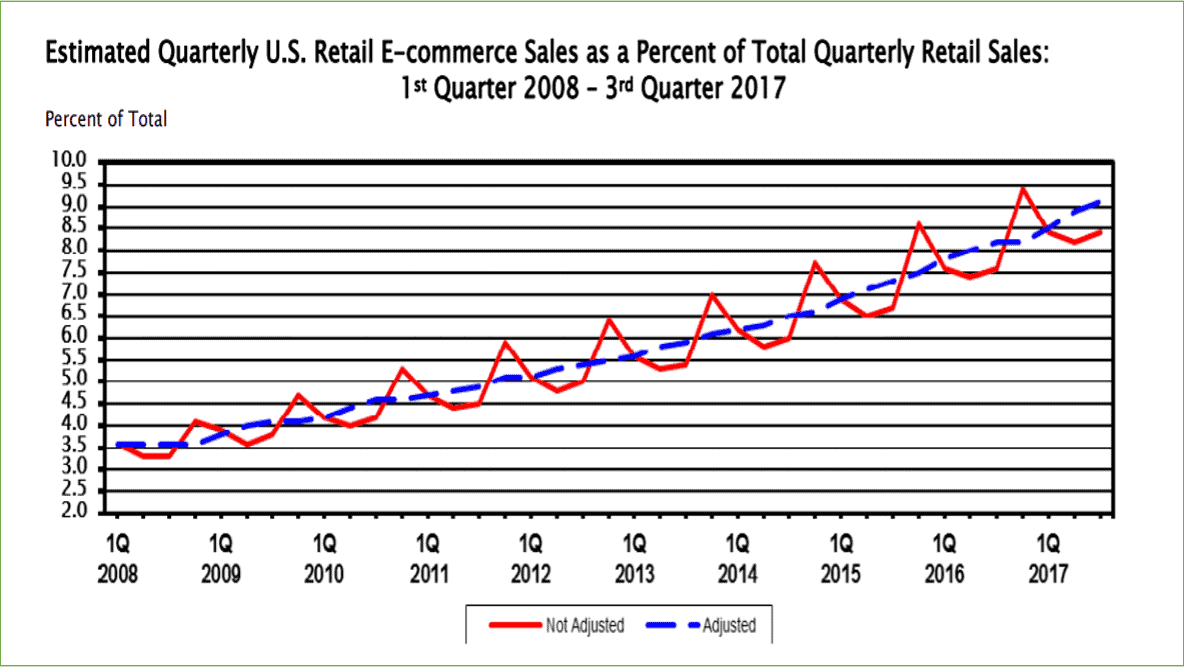 The trend is expected to continue, as e-commerce behemoth Amazon, and other e-tailers continued to rack up gains at the expense of old brick and mortar institutions like Sears, Kmart and J.C. Penny. Retail chains closed over 5,000 stores in 2017, with at least 3,600 more expected to close in 2018. Meanwhile their digital competitors continued to grow. Amazon’s valuation pushed past the $500 billion mark, with some analyst noting that they are on a trillion dollar valuation trajectory.