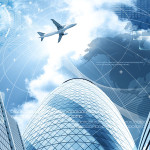 My family returned home from vacation this weekend by flying Southwest from Fort Lauderdale – Hollywood Airport.  From the moment we entered the terminal, I was pleasantly surprised by the extra attention and flexibility Southwest’s employees offered to the needs of my infant daughter.  We were guided to a special terminal to check-in, whisked though security with no wait, and offered an extra seat on the plane at no charge for our child’s numerous supplies.  At every opportunity, we were provided with service and care above our expectations.

Meanwhile, my brother-in-law and his wife flew from a different airport on a different airline.  Their original flight was delayed, then after finally boarding they waited on the tarmac for nearly three hours only to learn they would be deplaning and their flight would be cancelled.  The following morning they returned to the airport at 7am to learn their flight was again delayed and eventually cancelled.  Finally they were able to take separate flights to separate airports to begin their journey home 24 hours behind schedule.

Our travel experiences show the vast disparity in service and customer care offered by different airlines.  The question is: what type of service does your organization provide?  Do you treat your clients Southwest treats babies?