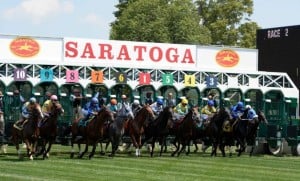 The Preakness is the shortest of the three Triple Crown races and its is usually run with a significantly smaller field than the Kentucky Derby.  These facts would lead you to believe it is the easiest race to win of the three crown jewels.  However, it is also the race that has recently produced the most champions.  In fact, the US Champion 3 year old won the Preakness every year from 2001 to 2010 – with one exception, the 2009 winner was crowned champion 3 year old filly and horse of the year – while the Derby and Belmont only produced 6 champions combined during that time (all of whom were also Preakness winners).  So how does the “easy” race elevate the careers of thoroughbreds to greater success than the more famous Kentucky Derby and the older Belmont Stakes?  Its because this race it not easy at all – its fast, grueling, and just two weeks after the Kentucky Derby for those attempting the Triple Crown.  It is very, very difficult – as is on-page SEO.

Firms across the country and around the world claim to be experts in on-page SEO.  They claim to have technical people who can edit your code, change your meta data and optimize your text.  S0 many firms express this claim because they believe this to be a simple,easy and cheap process.  Unfortunately, many  enter the race and fail to win.  This is often because they provide technical experts that lack business acumen.  Or worse, because they are optimizing the site for keywords that are incorrect or ineffective.  The addition of effective on-page SEO keywords is a challenging process.  However, it is one with great potential for producing champion-like page 1 rankings.  When selecting an SEO partner, make sure they have a deep understanding of the nuances and subtleties of on-page changes that will be highly effective and profitable without being noticeable.  Make sure they have proven themselves in the Kentucky Derby of SEO (keyword analysis).  And above all, remember there is no cheap and easy way to become a champion.

Check back tomorrow for the final leg of the Triple Crown…