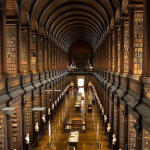 Each year I write a synopsis of my ten favorite books of the year. My goal is to read across several genres, and I try to read about two books a month. This year I read some great fiction and non-fiction, classics, science fiction, business, technology and poetry. I read five business related books, though none seemed to make it on my top ten list for 2015. For what it’s worth, here were my favorites:

A succinct but enlightening overview of how and why World War I began. Beyond perception, politics, panic and patriotism, it’s a review of how royalty sought to retain power by marrying within their own small family circles, and how this and other factors resulted in a disastrous confluence of events instigating World War I.

America’s Bitter Pill is an exhaustive and sometimes exhausting look at how PPACA (Obamacare) came into existence. It is a detailed and dense work, informative, enlightening and frustrating, as the reader learns the nuances of Congressional infighting, special interest groups (pharma, bio, medical devices, hospitals, insurers, etc.) political turf wars and politicians quest for power and reelection. Though it sometimes reads as a tome, it is a worthwhile read, and reinforces in great detail America’s concerns about healthcare, special interest groups, lobbyists and Congress.

Chris Murray, founder of the Global Burden of Disease studies, wanted to gain a truer understanding of how we live and how we die. A fascinating introspective about the importance and nuanced challenges in measuring mortality and improving global health.

In Defense of Food: An Eater’s Manifesto by Michael Pollan

Pollan helps expose the Western diet for the health nemesis that it truly is, where food has been replaced by nutrients, and fast food has become the norm. He offers insights into a society addicted to sugar and sugar additives, white flour and processed foods, which is resulting in an alarming rise in obesity, diabetes and cancer.  Pollan’s common sense approach to eating is summed up in the beginning of this excellent book, “Eat food. Not too much. Mostly plants.”

Mountain Interval is a classic poetry collection written by Robert Frost, which includes some of my favorite Frost poems such as The Road Not Taken, A Patch of Old Snow, and Birches.

This fast and easy read is a techno-thriller which examines what would happen if you could go back in time for just a split second. It includes an interesting discussion about Einstein’s theory of relativity and how the universe would cope with time travel. Richards includes a very entertaining and thought provoking review of how “the Star Trek transporter” would work in theory.

The Big Short by Michael Lewis

When I read this, the third Lewis book I’ve read, it didn’t cross my mind that it could or should be a movie. That said, with Moneyball and The Blind Side already to his credit, a movie version of this interesting book should not arise as a complete surprise. Lewis follows some of the key players in the credit default swap market, including those that bet against collateralized debt obligations. The book moves along nicely considering the somewhat dry and technical characters and subject matter. I found it particularly interesting when those who identified the bad loans and likelihood of collapse were surprised that someone was willing to take the other side of the bet, namely those who believed that the positive real estate market trends would continue.

Not long ago I read The Beautiful and The Damned, and this year decided to revisit The Great Gatsby. It’s a wonderful work by Fitzgerald, though I actually enjoyed the characters in the former more than the latter, there is no doubt that The Great Gatsby deserves the attention it receives. A true classic written by one of the greatest American writers of the 20th century.

The Importance of Being Earnest by Oscar Wilde

A funny, witty, light and bright comedy which is still amusing over 100 years since its first performance in London in 1895. Wilde covers the gambit in this play, from satire to comedy to intellectual farce. Anyone Wilde showcases his enviable range from this carefree and whimsical play to the dark and disturbing The Picture of Dorian Gray.

The Song of Hiawatha by Henry Wadsworth Longfellow

Moving from Frost to Longfellow, I revisited the classic epic poem, The Song of Hiawatha. Many may remember the greatly abbreviated children’s version which in reality is just a small section of this epic poem. The poem is a wonderful escape for both children and adults, vivid in imagery and folk lore. It uses trochaic meter, emphasis on the first syllable with four pairs of syllables in each line. This can grow tiresome when reading large expanses of the poem at any given sitting, but does help create a soothing feeling, conveying a feeling of simpler times, which I found appropriate for the poem.