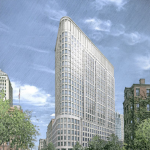 In 1974 I insured my first car with Liberty Mutual Insurance, the insurance cost more than the car, but then again, I was 17 and my clunker only cost $100. Since then, I’ve had a great track record, never an at fault accident, and only had a few small claims (glass breakage for example). On occasion, I’d compare their rates against competing carriers, and found them to be competitively priced. Their service was good, though rarely required.

I also had an apartment, then a condo, then purchased a home and umbrella policy, all subsequently covered by Liberty Mutual. That added up to 4 decades of premiums, with only one modest claim about 25 years ago (about $1,000 as I recall). Succinctly said, that’s a long term relationship, with a great loss history. So one would expect, that type of loyalty would be returned in kind.

Let’s fast forward to 2013 when I purchased a small boat, and then called Liberty Mutual for insurance. Insurance for non-speed boats, is very modest, and Liberty quoted about $170, which sounded reasonable. Meanwhile Progressive contacted me (likely from the boat registration) promising easy online service and great rates. So I did as they suggested, went on line, and a few minutes later purchased boat insurance for $110, for the same coverages and deductibles. While on-line I called their 800# and spoke with a representative promptly. Though the premium dollar difference was small, the percentage was significant, and I made a mental note to check my auto and home rates on the ensuing renewal.

A year later,  my 2014 Liberty Mutual auto insurance bill arrived with a fairly large increase, raising the premiums for my two cars to $1,593, a 6.3% increase from the prior year. That seemed significant in an era of low inflation. My cars were a year older, but my premiums were increasing at a rate well over the rate of inflation. So, I decided to compare prices and was shocked at the findings.

Every car insurance carrier contacted was significantly lower than Liberty Mutual Insurance. We’re not talking about $100 lower, I was quoted rates that were 25% to 60% lower for the same deductibles and coverages. I also requested home owners’ insurance quotes, and found that everyone was much lower for that too.  I called my Liberty Mutual representative to ask if there was some mistake. But they confirmed the rates quoted by Liberty Mutual were accurate, in spite of my great loss history. They even asked me to make sure my quotes weren’t for six months (that seemed to be an out of touch statement from my carrier of 40 years).

Why such a large premium difference? Is their service much better than other insurers? My experiences with them were quite satisfactory, but I know someone who had a very difficult time getting paid for damages to their home. Online reviews were mixed for all the carriers. So what’s up with Liberty Mutual, is this a buyer beware tale? Perhaps they’ve decided that personal lines accounts aren’t worth their time, or they want to move away from this market, or perhaps it’s their beautiful brick and mortar headquarter expansion that explains the difference (check out that cool rendering of their HQ expansion). If the latter is the issue, I wish they’d stop spending money on their new palaces, employ more people virtually, and return the premium difference to their policy holders. Then again, it probably didn’t help that their CEO was paid “an average of nearly $50 million a year from 2008 to 2010, making him one of the highest-paid corporate executives in the country” according to the Boston Globe. Last year their CEO was paid a more modest sum of only $14 million.

Well, I’m glad Liberty Mutual is doing so well, though I’d rather not be donating so much to their cause. So, after 40 years, I moved my car insurance to GEICO. How did GEICO’s rates compare with the Liberty Mutual auto insurance quote of $1,593? GEICO’s quote was $704, for two cars with the same deductibles and coverages.

Of course, the thought occurred to me that GEICO’s rate could be a loss leader, a thinly veiled attempt to glean market share – then hitting customers with a dramatic price increase in ensuing years. What happened one year after moving my insurance to GEICO? Their rate increase was a modest $30. And what about the boat insurance from Progressive? Well that went down 10% to $100 a year. Bottom line, regardless of your loss history, perceived rates, or longstanding relationship, consumers should compare insurance rates frequently, or work with an insurance agent who will do so on your behalf. And if you happen to have Liberty Mutual for auto, home, boat, etc., check your rates now!