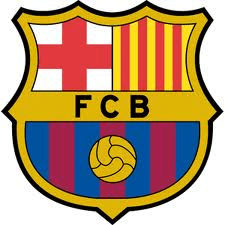 I am a big fan of the soccer team FC Barcelona.  I have always respected their approach to developing talent, and love to watch their style of play.  I make an attempt to watch as many of their matches as my schedule allows.  Last night, I watched a replay of their Champion’s League massacre of Shakhtar Donetsk.  While preparing for a free kick from just beyond the penalty area, three star players gathered to discuss who would be taking the kick.  The announcer proclaimed this to be “an embarrassment of riches.”

I thought to myself “an embarrassment of riches? That’s it! That’s the key to marketing success!”  So I immediately went out and hired three of the worlds best marketers, signed them to eight-figure salaries and began shopping for a new yacht.  Just kidding.  Sort of.  Kidding about the eight-figure marketing assassins and the yacht, but not kidding about the embarrassment of riches being the key to success.  Let me explain.

Barcelona had three players with unique and distinctly different styles circling this free kick.  Dani Alves who delivers powerful strikes, Lionel Messi who often curls a ball into the upper corner, and Xavi who might lob the ball over the wall onto the head of a teammate.  All different, all effective, all with certain potential to score a goal.

When attacking your marketplace, it is extremely unlikely that only one marketing initiative will be the key to success.  But fully developing three (or more) unique and distinct campaigns will provide a much greater likelihood of market penetration.  In my case, this consists of 1) eMarketing & Webinars 2) Blogging & Social Media and 3) Referrals and Cross-Selling.  Three groups, each consisting of multiple elements.  This creates a multi-dimension approach that touches prospects in a variety of ways, giving them many opportunities to respond to my messaging.

A properly executed integrated marketing campaign generates sales activity in many different ways with a variety of prospects – and hopefully leads to an embarrassment of riches for your business.